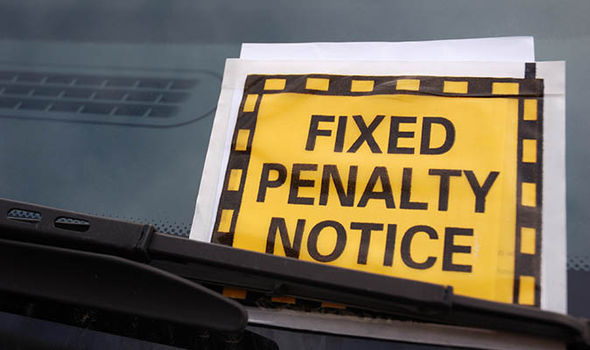 At Sheridan Road Traffic Law we are regularly contacted by motorists enquiring as to whether private parking tickets or fixed penalty notices are enforceable in Scotland. It’s a question which creates huge debate and which can turn the everyday man or woman into a self-proclaimed legal authority on the matter.  So, are fixed penalty notices issued by private car parking companies enforceable or not?

We have always taken great care on advising motorists on this issue but the general consensus in the past has been that private parking tickets were not enforceable due the fact that the signage displayed at these parking facilities were often not clearly visible or not unequivocal enough in their terms to constitute a contract between the driver and the car park operators. Also, the detail on the fixed penalty notices and subsequent enforcement letters were often aimed at those residing in England and Wales and had little relevance in Scotland.

However, like a mob of meerkats sensing danger, Scotland’s drivers have had to sit up and take note of recent decisions from the courts which has had many motorists worried as to whether they should have ignored that parking ticket after all.

The first decision of interest came in the case of ParkingEye v Beavis [2015] UKSC 67 in which a motorist was given a fixed penalty notice of £85 for parking longer than the permitted two hours as displayed on signage at the carpark. In this case the UK Supreme Court held that a valid contract existed between the motorist and the parking operator and so the fixed penalty notice was enforceable.

The second decision of interest and perhaps the most eye catching, given the extent of the penalty, was the case of Vehicle Control Services Ltd v Mackie [2017] SC DUN 24. This case involved a motorist who repeatedly parked in a “no parking” zone without a permit despite signage displayed by the parking operators detailing that a £100 fixed penalty notice would be payable if parked without a valid permit. The decision of the court in this case was that there was a valid contract which had been breached by the motorist meaning that the motorist was liable for an incredible £24,500.

The legislature will most likely need to address the issue of private parking tickets in the near future both from the perspective of enforceability and consumer protection but for now these cases act as a warning to Scotland’s drivers that they should be mindful of signage and the conditions of parking when using any parking facilities.

On the other hand, parking operators will undoubtedly see a rise in the number of fixed penalty tickets paid as a result of these decisions. However, the more practical problem of the cost of pursuing payment of the penalty outweighing what they stand to gain at the end of the process may remain a significant hurdle with the exception of cases like the motorist in the Vehicle Control Services Ltd Case which are clearly worth pursuing from a financial perspective.

So, the answer to the question posed has to be that the court are of the view that fixed penalty notices issued by private parking companies are enforceable but whether enforcement action is taken may depend on whether it makes financial sense to do so.

If you require advice regarding a road traffic offence get award winning representation and come meet our specialist road traffic lawyer at our Glasgow office, call 0141 465 3333

nextGuilty of driving without insurance? You don't need to take the points!