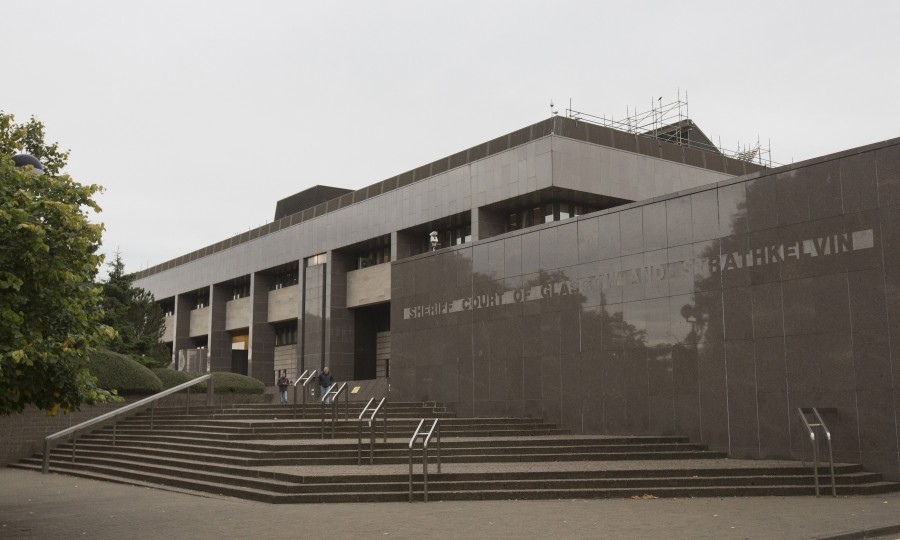 It’s been a very busy start to the year but a very enjoyable one. We have compiled below a few of our highlights from January to give you a flavour of the work that we do for our clients at Sheridan Road Traffic Law and to illustrate that no matter how desperate a situation may seem or whether you are guilty or not, there is always something we can do!

If you have been charged with a road traffic offence call us on 0141 465 3333, call into our Glasgow office or submit an enquiry online. We offer a free initial consultation giving you access to award winning advice and representation.

Our client, Mr P, was charged with careless driving under Section 3 of the Road Traffic Act 1988. His driving licence was at risk if convicted due to the penalties available to the court.

Our client maintained from the outset that his driving was not careless and that the police had misinterpreted the situation.

After fully investigating Mr P’s case and thoroughly preparing his defence, our specialist road traffic lawyer, Mr Sheridan, successfully persuaded the Procurator Fiscal to discontinue proceedings. Our client was delighted having kept his driving licence and his job.

Our clients, Miss C & Mr H, were charged with causing and permitting an uninsured driver and driving without insurance respectively under Section 143 of the Road Traffic Act 1988. Mr H risked having his driving licence revoked by DVLA if convicted under the new driver regulations due to the fact that the minimum penalty for driving without insurance is 6 penalty points.

Following consideration of the evidence and the submissions and caselaw submitted by our specialist road traffic lawyer, special reasons were upheld. Accordingly, Mr H avoided the penalty points and fine applicable meaning he kept his driving licence.

Our client, Mr C, was charged with drink driving and speeding on the M74 in Glasgow. Mr C accepted that he had made an error in judgement insofar as he had thought that he was fit to drive despite consuming some alcohol earlier that day. He disputed speeding.

Following negotiations with the Procurator Fiscal, our specialist road traffic lawyer, Mr Sheridan, persuaded them to discontinue proceedings in respect of the speeding charge and Mr C pled guilty to drink driving.

Mr C was heavily dependent on his driving licence for work and for assisting family members with health problems, so it was essential for him that the disqualification imposed was kept as short as possible. Following a comprehensive and bespoke plea in mitigation, Mr C was disqualified for 12 months which will be reduced to 9 months following successful completion of the drink driving rehabilitation programme and he also received a fine. This was the best possible outcome and Mr C was delighted.

Our client, Mr J, was charged with failing to comply with a traffic signal by going through a red light.

Due to previous misdemeanours Mr J would have been due to receive a totting up disqualification if convicted and would have lost his job as a result.

Our client, Mr B, was charged with failing to comply with a traffic signal by going through a red light in Glasgow.

Our Client had a clean driving licence and had never committed a road traffic offence in the past. He strongly denied the allegation and felt so aggrieved that he made a complaint against the officers involved.

Following a full investigation of Mr B’s case and a thorough preparation of his defence our road traffic expert, Mr Sheridan, undertook negotiations with the Procurator Fiscal before trial. Among other things, having already conducted a visit of the locus, our Mr Sheridan was able to demonstrate that the officers would likely have had a very restricted view of the white stop line which it was alleged our client had passed over whilst the red traffic signal was illuminated.

At the end of lengthy discussions our road traffic lawyer was successful in persuading the Procurator Fiscal to discontinue proceedings.

Our client, Mr D, had got himself into a bit of difficulty after being charged with several different offences within a short period of time despite having held a clean driving licence.

Mr D was charged with speeding at Livingston Sheriff & Justice of the Peace Court and was charged with driving without insurance, driving whilst using a mobile phone, speeding and going through a red traffic light at Glasgow Sheriff & Justice of the Peace Court. If convicted of all charges he would have received a minimum of 15 points, but most likely more, leading to a totting up disqualification. However, if convicted of just a few of these offences he still faced a disqualification which would have resulted in the loss of his business and his employees.

At the outset of theses cases we sat down with Mr D and discussed the circumstances of each case in detail, identified any defences and/or special reasons arguments he had and formulated a strategy to keep his driving licence. Following a lot of work, including lengthy negotiations with the Procurator Fiscal, a trial, a special reasons proof and a comprehensive plea in mitigation Mr D’s cases concluded and he received a total of 6 penalty points. Mr D was delighted to have kept his driving licence, his job and the jobs of his employees.

If you need specialist road traffic advice or representation and wish to enquire whether we can assist you like we have done for many of our clients in January contact us immediately on 0141 465 3333.